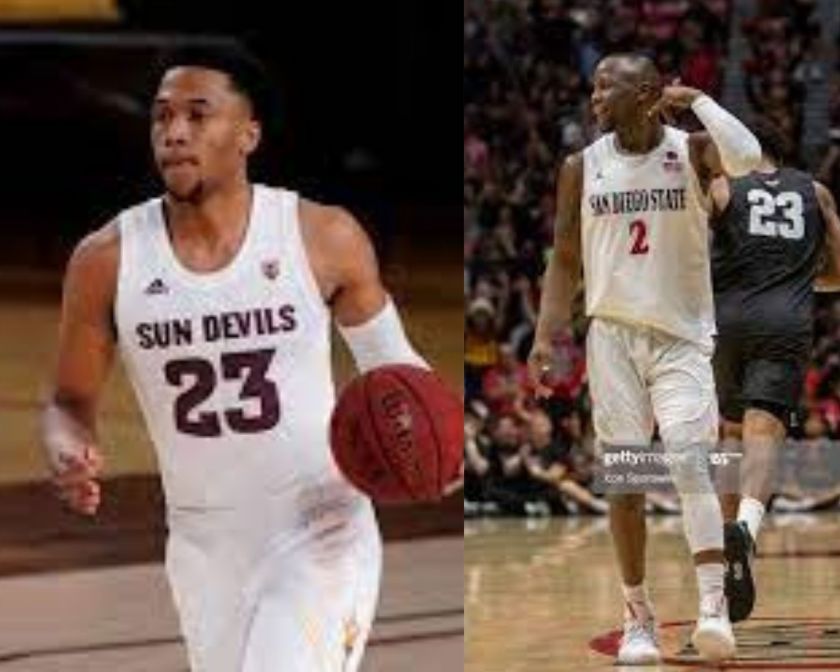 Coming off a tough loss against BYU, the Aztecs have another quality opponent in Arizona State. The Sun Devils travel to Viejas to conclude a home-and-home that started last season and resulted in a 80-68 Aztecs victory. The Sun Devils were a disappointing team last season, falling well short of expectations. The hope this season is that they can stay in the top 75 of teams in the NET. That would keep them as a quad 2 opponent for the Aztecs. Early on the odds of that don’t look great. The Sun Devils took a bad loss at home to UC Riverside, the same UC Rivereside the Aztecs beat at Viejas arena by 13 points. Even if ASU finishes as a quad 3 game, a win will be important in order to avoid bad losses.

Bobby Hurley teams tend to play fast. For the last four seasons in a row the Sun Devils have been a top 50 team in terms of possessions per game, according to KenPom. They successfully sped up the Aztecs last season, making the Aztecs play 8 more possessions than their average for the season. That trend has continued early this season.

Hurley led teams also have a tendency to be poor rebounding teams. They have ranked below average in both offensive and defensive rebounding in four of the last five seasons, with last season specifically being among the worst of his tenure.

It’s hard to take much from last year’s team because only three players return from that unit. There’s a lot of turnover which may make them harder to scout, but will also likely result in less chemistry, which could give the Aztecs an edge.

How to Defend Arizona State –

The first priority is transition defense. The Sun Devils will get out and run, sometimes even in unfavorable situations. They want to attack before the defense is set, and that will likely be an even bigger priority for them going against a great defense like the Aztecs. They’ll look to score before having to execute in the half court against a defense that has been a top-30 KenPom defense for 8 out of the last 10 years.

In the half-court, the Aztecs switched most of the ball screens last season. It worked out pretty well, as the Aztecs held the Sun Devils to six points less than their average, despite the high number of possessions and playing in Tempe. The Aztecs have mobile bigs and play good team defense so they will likely continue to switch ball screens.

Another benefit to switching ball screens is negating pick and pops. Alonzo Gaffney and Marcus Bagley can both shoot the ball, and ASU likes to run pick and pops and five-out offense to spread the floor for their shot creators.

The Sun Devils tend to rely on that spacing and their shot creators to generate their offense. The Aztecs have good guard defenders, so they should be able to make life tough for ASU. They’ll need to stick to their rotations and trust each other. Overhelping is something that will hurt SDSU in this matchup with such a spread floor.

How to attack the Sun Devils –

ASU isn’t a defensive juggernaut. They do okay on that end, but aren’t anything special.

First off, the Sun Devils’ aversion to rebounds means that even if they force a miss, there’s about a 30% chance that their opponent will get the ball back. That’s almost one out of every three misses. The Aztecs will want to push that advantage with great rebounders like Nathan Mensah and Keshad Johnson.

The Sun Devils tend to over help on penetration and postups, and given how poorly the Aztecs have shot the ball this season expect that trend to continue. Nathan Mensah has done well in the post through two games, so expect their defense to collapse around him and force him to try and make the right pass the way the UC Riverside big does below.

When it comes to the pick and roll, the Sun Devils have been using a hedge defense with a weakside tag from the corner. This means the big man helps prevent dribble penetration and the corner defender drops into the paint to stop the roll man. It’s a defense that leaves the corner shooter wide open for a skip pass. It’s a pass Pulliam can make if he’s looking for it. It’ll just be a matter of if guys like Bradley, Seiko, and Baker can get out of their shooting slumps and hit the open shots.

The Aztecs have had an abysmal start to the season in terms of shooting from deep. They are currently shooting 15.6% from behind the arc. Arizona State currently ranks in the 15th percentile nationally in terms of spot up defense. They’ve allowed opponents to connect on 37.7% of shots from deep. Something has to give. Their hedging in the pick and roll leaves shooters open. If there was a game for Aztecs to start hitting shots, this would be a good one.

On the flip side, ASU is a team designed to play 5-out and hit a lot of open threes. So far this season they have also had a slow start, connecting on 27.3% of their shots from behind the arc. The Aztecs defense has been superb, only allowing opponents to connect on 25% of their shots from deep. They haven’t played a 5-out team yet though. Limiting the Sun Devils’ chances will be key in this game, even more so if the Aztecs’ shots continue to miss.

Luther Muhammad #1 – 10.5 pts, 6 rebs, 2 asts. Muhammad is a very slippery player who excels at getting to the rim. He hasn’t been the most efficient to start the season, but he’s bound to get going at some point. He’s a career 35% shooter from behind the arc, and he uses the threat of his shot to help him attack the basket.

Marcus Bagley #23 – 15 pts, 5 rebs, 1.5 asts. Bagley didn’t play against SDSU last season, so he will be a new face for many Aztec fans. He’s 6’8″ with an all around game that makes him a matchup problem for opponents. He can stretch the floor as well as attack the basket, and plays solid defense as well.

Kimani Lawrence #4 – 19 pts, 11 rebs, 1.5 asts. Lawrence is a very shifty wing with great size who can get to the rim and finish with the best of them. He is also a disruptive defender and a solid rebounder. Listed at 6’8″, 210 lbs, he may give the Aztecs smaller lineups trouble.