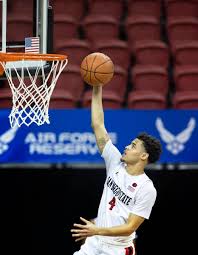 Swish league is over. Mt. Soledad, led by Matt Bradley and Devin Watson, won the championship game against a Goodall team that was playing without Keith Dinwiddie.

For the first installment of Swish League observations, look here.

Matt Bradley: The good and the bad

People who have met Matt Bradley have told me he is a very personable and smart young man. Watching the film, he looks like a good competitor and teammate. He’s constantly talking, high fiving teammates, and getting guys to compete. His competitive switch was always on, rarely taking plays off.

His offense still looks great. He has the strength to finish through contact, and his jumper looks great.

He seems to be most comfortable when the ball is in his hands, but he is a solid off ball player as well. He’ll move and cut off ball to create scoring opportunities. He has a good handle, is usually a willing passer, and can finish at all three levels well. He doesn’t always make the right passing reads, but he’s good enough to initiate offense and run some pick and rolls throughout the game. He also has the confidence to take the last shot. In the Swish League championship game Bradley hit the go ahead bucket with under 30 seconds left.

The defense is officially concerning though. Bradley really struggles to stay with ball handlers who are able to change directions quickly. He’s fully capable of guarding guys who do only simple drives, but anyone who hits him with a crossover pretty much gets a free layup.

So his feet aren’t the quickest? That’s ok, have him use his large frame to guard post players. He’ll give up a few inches but his strength will bother them down low.

Except that likely won’t work either. In the semi-final game Bradley was matched up against Billy White for much of the game. Billy punished Bradley down low. Bradley looked as if he’d never been asked to use his strength to guard someone. Like it was a foreign concept to him. Billy would go through him, around him, whatever he felt like doing.

Couple all that with his inability so far to get around screens, and it makes Bradly hard to hide on defense. The option would be to put him on a spot up shooter who doesn’t have much ball handling ability and won’t go off many screens. That’s an awfully specific player profile though, and opposing teams won’t just let that happen.

Bradley is more than capable of replacing Mitchell’s scoring, and is probably a better facilitator than Mitchell was last season as well. Mitchell had the ability to guard any opposing player though, and he did it well. At this point, Bradley doesn’t appear to be able to guard much of anyone, let alone the opponent’s best player.

There is a lot of time left before the first game of the season. There is plenty of practice time for new guys to learn the system and returning guys to add new skills and refine old ones. So a lot can change between now and the first game. Also, not all the guys played at Swish league, and it’s hard to get excited about guys that haven’t put up any recent tape.

Based on what I’ve seen and heard this would be how I’d expect the lineup to shake out. Note that I see and hear a lot of things that I can’t share, but more importantly note that the coaching staff has seen way more than I have, and they’re just smarter about things in general.

Earlier in the season I projected Baker to be a starter. Here I switched him out for Keshad Johnson. Johnson showed improved offensive abilities, and he might be a guy who can guard the opponents best player. He certainly has the athleticism for it. He is also more experienced than Baker, both in terms of years played as well as within the system specifically. Baker is a better shooter but may take time to learn the system, especially on defense. Coach Dutcher tends to like veteran players because they make less mistakes and need less micromanaging. So Keshad gets the nod.

Pulliam, Bradley, and Mensah are starting for pretty obvious reasons (experience, skill, etc.) Diabate is there because he is versatile, plays similar to Yanni Wetzell, and adds a lot of size and strength to the starting unit.

The teams will likely go 10 deep again. In the past Coach Dutcher preferred to only go 9 deep, but with 14 scholarship players, expect more to play. Plus, the Aztecs were pretty successful going 10 deep last season. So expect the trend to continue. All these players are pretty versatile positionally as well, so expect them to fill in at multiple spots during the season.

Butler showed last season he is a capable backup point guard, and would likely start on many Div. 1 teams. Seiko is a great glue guy as a 3&amp;D role player. Tomaić showed to be a capable backup center and will probably compete for the starting power forward spot.

Baker gets time because of his killer 3 point shot. Even if it does take him some time to learn the defense, his shot will get him minutes and let him stretch opposing defenses as a small forward or stretch 4.

Evans gets the nod from me over Arop at this point. Evans has allegedly gotten high praise from the coaches for his work ethic and improvement this offseason. His ability to handle the ball, defend at a high level, and shoot from distance will be very valuable.

This would be quite the fall for Aguek Arop. He started games at the beginning of last season. The coaches like him because of his hustle and defensive versatility. At 6’6″ with a 7’0″ wingspan, Arop can guard any position on the floor. Offensively though, he has the skill set of a center. Little ball handling ability, no range on his shot, few passing reads. This team has three other bigger players with the same or better skill sets, which puts Arop in a jam. He also seems to miss time every year with injuries. It’s a real shame because it’s always some fluky thing. Last year was a lot of vertigo. I hate expecting a senior to plummet down the depth chart, but if Evans improvement is as advertised, it becomes hard to find minutes for Arop. There will be special situations where he’ll play. His defense may be needed, or maybe the team needs more presence on the boards, but overall I’m not expecting regular time for him at this point.

Dinwiddie has been somewhat disappointing at Swish league. I’ve mentioned many times his 20 PPG potential, but he doesn’t seem to want to do anything else. When his effort and focus was there his defense looked improved. It often times wasn’t there at swish league though. The body language of his teammates looked really frustrated at times as he’d lag on defense or not box out for a rebound.

Even on offense, his time to shine, he would often hog the ball, take too long to decide what to do (which allows the defense to get set again), or attempt and miss a fancy finish rather than making the easy layup. Granted, the games don’t count for much, but it makes him seem like a player who is more interested in being on a highlight reel than his is on winning. Maybe that’s a lot to read into swish league games, but it’s all on the tape.

Demarshay Johnson looks like he’s two years away from serious playing time. He’ll likely take a similar path that Keshad did, where he’ll just play garbage time this season, then get some bench minutes next season, and hopefully be a starter for his junior season.

The leaves just Jaedon Ledee. It is my understanding that even if the NCAA were to grant Jaedon Ledee a waiver to play immediately after transferring, the Aztecs would still redshirt him to develop his skill set. The coaching staff sees a player with a lot of potential who just needs some time to refine those skills and then possibly start next season.